A new poll finds that 77% of enrolled Australians have already returned their marriage law postal survey forms, a development that may take the heat out of the campaign.

The poll, conducted for the Equality Campaign by Newgate Research, found that, in addition to the overall turnout, about 69% of enrolled 18- to 24-year-olds had voted and posted their forms.

A further 17% of people in that age group said they had filled out their forms but were yet to post them, suggesting a total of 86% of young people will have voted if their forms are received before the 7 November deadline. 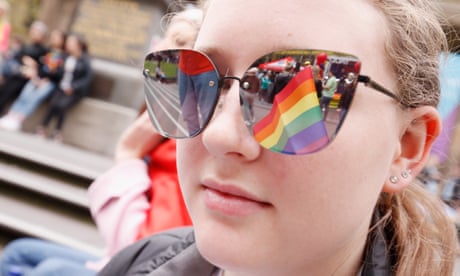 By comparison, just 34% of 18- to 24-year-olds took part in the 1998 postal ballot to select delegates for the constitutional convention on the republic.

A separate Reachtel poll released on Monday showed the yes side set for a thumping victory, with 64.3% of respondents saying they had sent back their ballot and voted yes compared with 15.5% who had voted no.

A total of 16 million Australians are enrolled to vote in the marriage law postal survey, so the Newgate Research poll result implies about 12.3 million have already voted.

About 1.7 million Australians aged 18 to 24 are enrolled to vote. The poll suggests that 1.2 million have already voted and a total of 1.5 million will have voted if they return their ballots as they intend.

The poll, which surveyed 1,000 people from Monday to Thursday last week, also found that more than 80% of people aged over 65 had voted.